Give a Dog a Genome (GDG), launched in 2016, was an ambitious project aimed initially at sequencing the entire genomes of 50 dogs of 50 different breeds.  The genome bank was created by researchers working in the Kennel Club Genetics Centre (KCGC), to facilitate the identification of genetic variants that underpin painful, blinding and debilitating inherited canine disorders.  Give a Dog a Genome was jointly funded by the Kennel Club Charitable Trust and individual breed communities.

When Give a Dog a Genome was launched the KCGC was based at the Animal Health Trust (AHT) but following the permanent closure of the AHT in July 2020, the KCGC has now relocated to the Department of Veterinary Medicine at the University of Cambridge.

Interest in GDG exceeded expectations, and ultimately 77 different breed communities contributed funds towards the cost of sequencing the genomes of 89 different dogs.  Some of the dogs were affected with a disorder known to be a problem for their breed whereas others were healthy older dogs.  Sequencing of all 89 genomes was completed prior to the closure of the AHT and all of the genome sequence data, together with the KCGC’s collection of approximately 40,000 DNA samples, have been moved to the University of Cambridge where they are stored safely.

The 89 GDG whole genome sequences (WGS) have been added to additional WGS generated by the KCGC for other breed- or disease-specific projects and at the time of writing the KCGC genome bank contains the sequences of 218 dogs of 100 different breeds.

The genome bank is utilised for every investigation the KCGC undertakes, regardless of the breed or the disease being investigated.  Specific genome sequences within the bank are used as ‘cases’, when the dog that the sequence belongs to was affected with a disease that is the subject of the specific investigation.  In contrast, genome sequences are used as ‘controls’ if they are from dogs of a different breed, or that are unaffected with the disease being investigated.  Frequently, a genome sequence will be used as a case in one study and a control in another.  Thus, every WGS contributes to every study, and therein lies the power of the genome bank.

Studies are currently underway within the KCGC to investigate specific inherited disorders that are of concern to particular GDG breed communities.  For example, we have used GDG data to successfully identify the mutation responsible for a novel progressive retinal atrophy (PRA) syndrome that affects Shetland Sheepdogs, and GDG data also played a central role in a similar project to identify the mutation responsible for PRA in the Lhasa Apso.  Idiopathic epilepsy (IE) is a disorder with more complex underlying genetics that the KCGC is actively investigating, and the GDG sequences from dogs affected with IE will play a very important role in those studies as they progress.

Over the coming months and years, the KCGC will continue to analyse the GDG data and share it with other researchers.  As time and resources permit, we will expand the number of inherited disorders that are the subject of targeted investigations, and we fully expect GDG data to contribute positively to our research for decades to come. 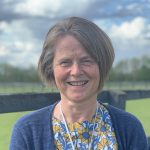 Our Areas of Research

The KCGC are currently investigating many different genetically inherited diseases that we require samples for, as well as older dogs as controls.

If you are interested in contributing to our research, please click here to request your swab kit(s). 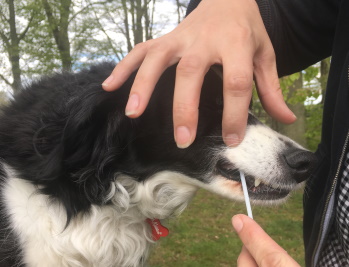